The Triad in Granary Square

Some time in 2008, when the redevelopment of Kings Cross was green-lighted, I painted two triads from a long poem called The Brill on the walls of soon-to-be-demolished Battle Bridge, a place of very special significance to me. Then the bulldozers moved in.

Huge terrain of Kings Cross, an emptiness.
What will fill this proud space tomorrow?
Out of the present we lean forward, listening. 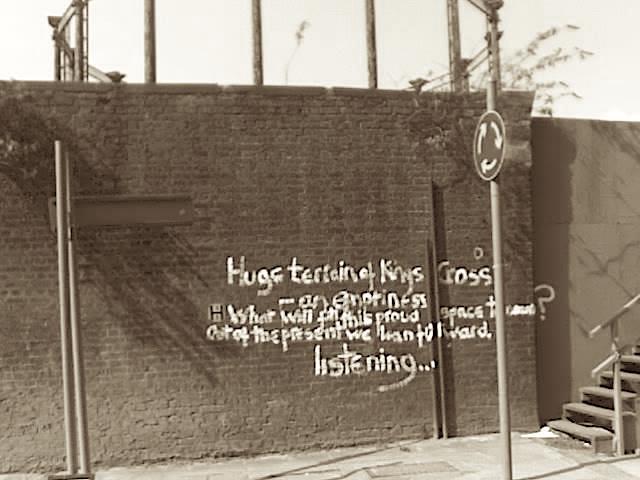 Kings Cross, dense with angels and histories
there are cities beneath your pavements
cities behind your skies. Let me see! 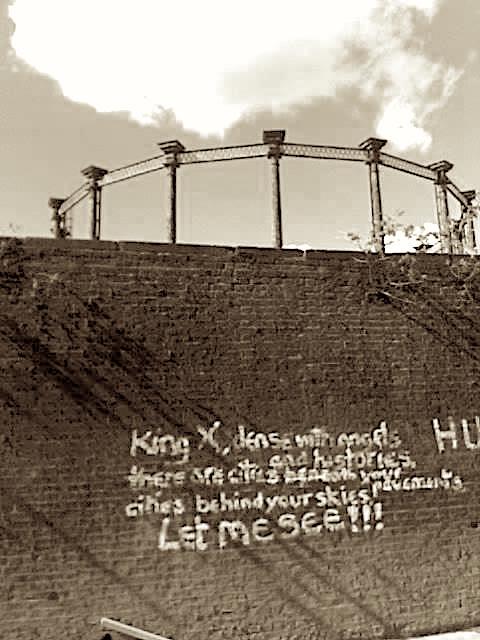 A few months later I got a call from the developers Argent. They said they had seen the poems on the walls and asked me if they could inscribe one of triads in brand-new Granary Square.

I agreed and forgot all about it, thinking my little three-line poem would be stuck on a plaque on the backside of some office-block.

In 2012 the new square was opened and I was asked to give a short speech. I went down to give that speech still unaware of how the poem had been used. Just before I got on the mic someone showed me the triad running 60 or 70 feet along one side of the square within a formal grove of lime trees. 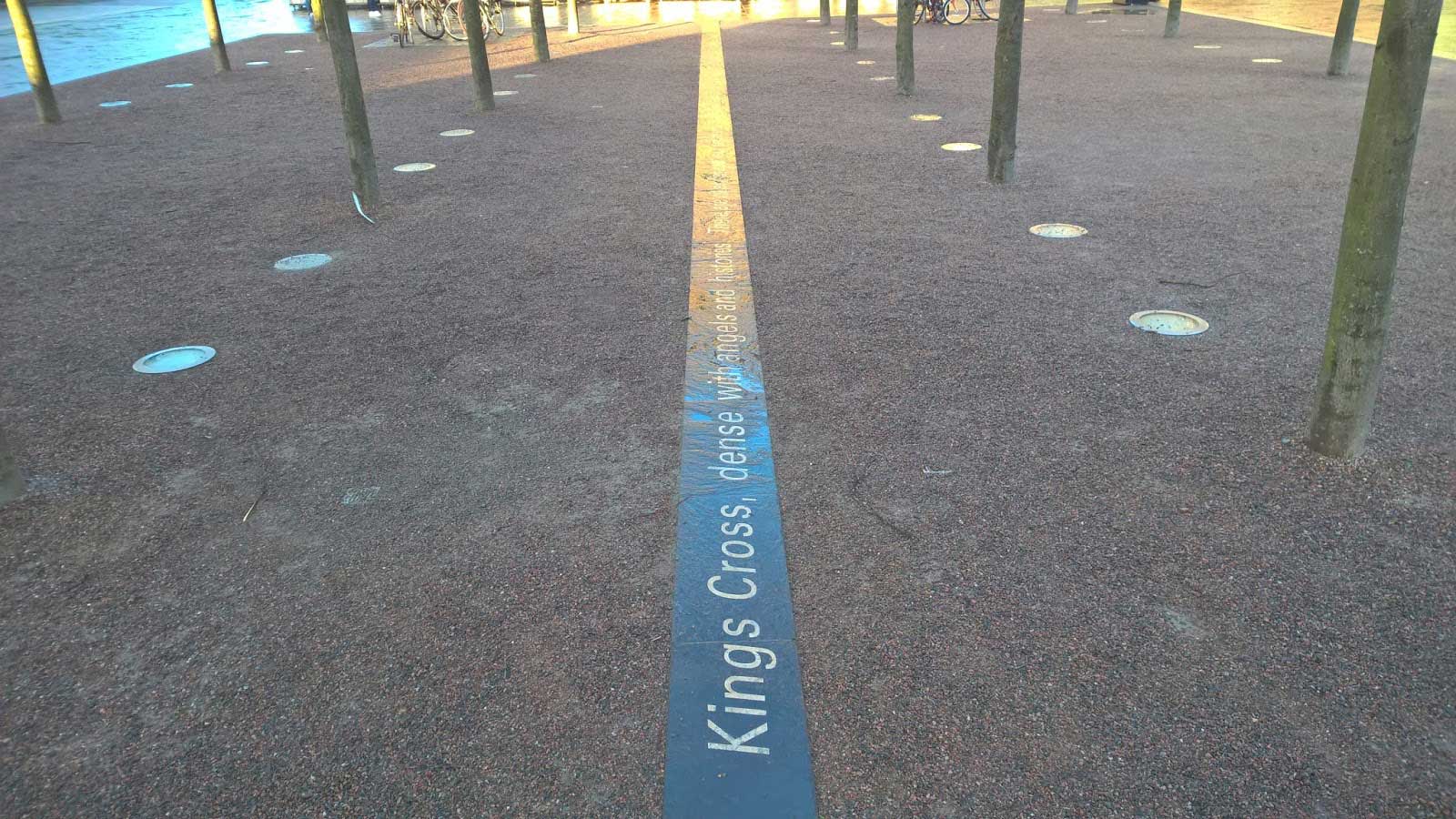 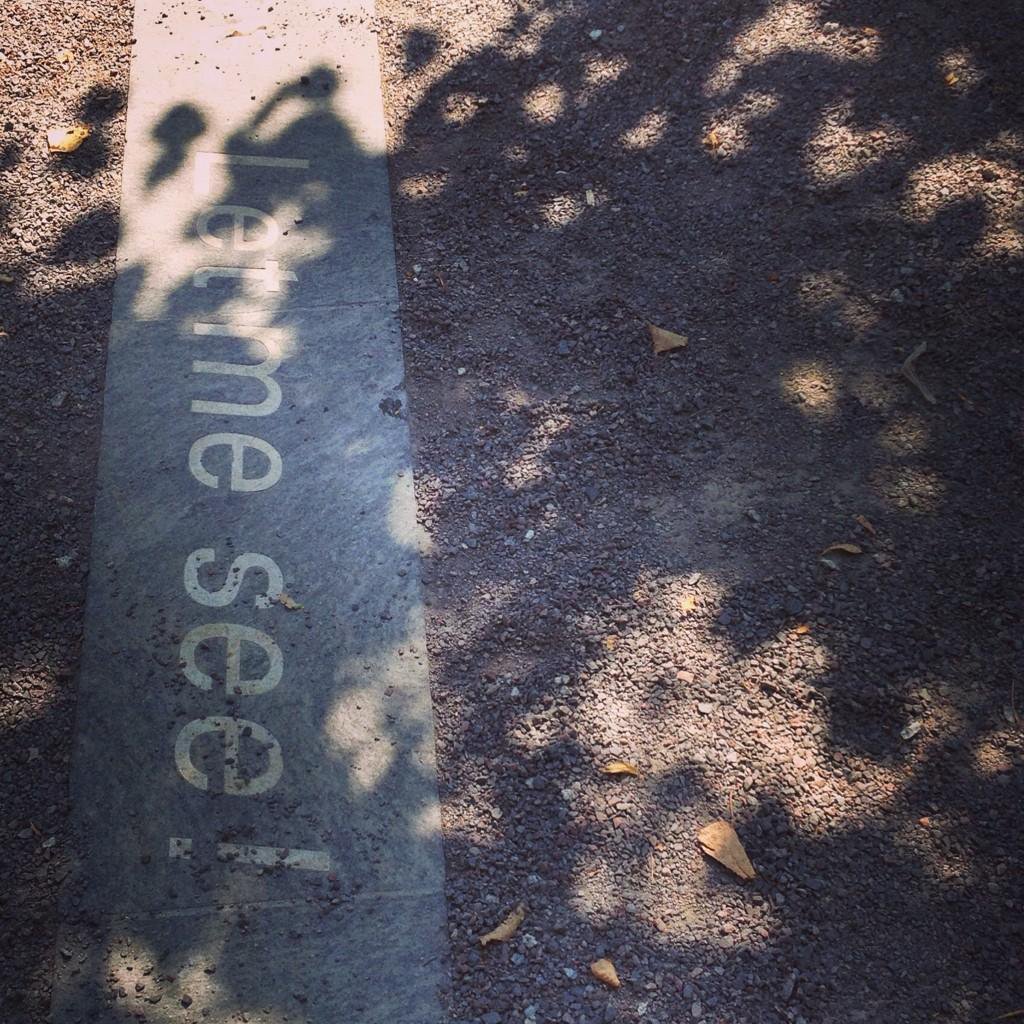 Here’s the text of my speech on that happy day.

Greets in Kings Cross Central. My name’s Aidan AD, aka Voice of Kings  Cross.
I didn’t come down here today intending to recite epic  poems so don’t go stampeding for the exits just coz there’s a poet on  the mic. But I am gonna talk about (impersonating Gandalf)  psychogeography! (Now that’s got you really worried!)

Don’t panic, the psychogeography of Kings Cross is straightforward.  High places and fire-hills surround this ancient zone of London. We’re  talking about Primrose Hill and Barrow Hill beside it, Parliament Hill  to the north, St Michael’s Mount of Highgate in the north-east, and  under the sunrise Merlin’s Penton of Pentonville. These were significant  beacons of power in the old faith of pre-Christian times.

And guess what? A long time ago The Old River of Wells flowed through  Kings Cross, aka the Fleet. Healing waters once upon a time; the sacred  river of England. She’s still there, but 20-foot under  street-level.

Here’s something else for you to consider. The oldest church in the western hemisphere, I’ll repeat that, the oldest  church in the western hemisphere, the ‘Head and Mother of all Christian  Churches’ still stands where she has always stood in Kings Cross, beside  the holy river. I’m talking about Pancras Old Church, believed to have been constructed by Christ at the same time as he built the church in Glastonbury. 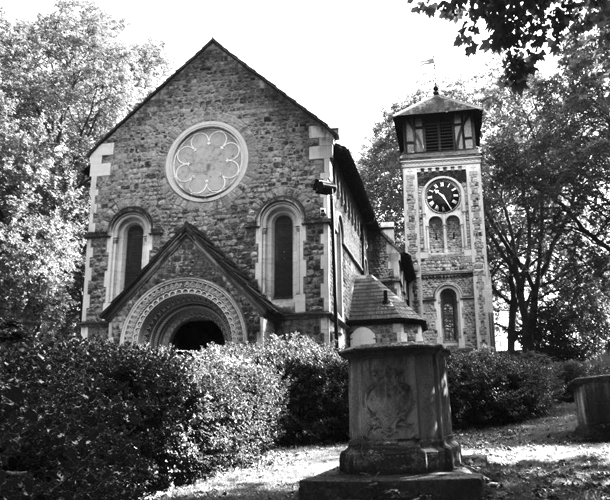 ‘The fields from Islington to Marybone,  to Primrose Hill and St John’s Wood  were builded over with pillars of gold  and there Jerusalem’s pillars stood.’

W B Yeats had access to similar information, he had worked on decoding Blake’s Prophetic Books. As a result he became Voice of Kings Cross at the turn of the 19th century, living in Kings Cross for 23 years creating his masterwork: A Vision.

Then out of the blue comes Arthur Rimbaud, poet, psychogeographer,  teenage prophet, the guy who put modern poetry on the map, the dude who  invented literary surrealism at the age of nineteen then washed his  hands of artistic ambition.

Like Blake, Rimbaud knew Kings Cross because he spent  his great year of wonders here (in 1873) writing his Season in Hell and  Illuminations. Arthur Rimbaud called this place `the miraculous valley  of art’. 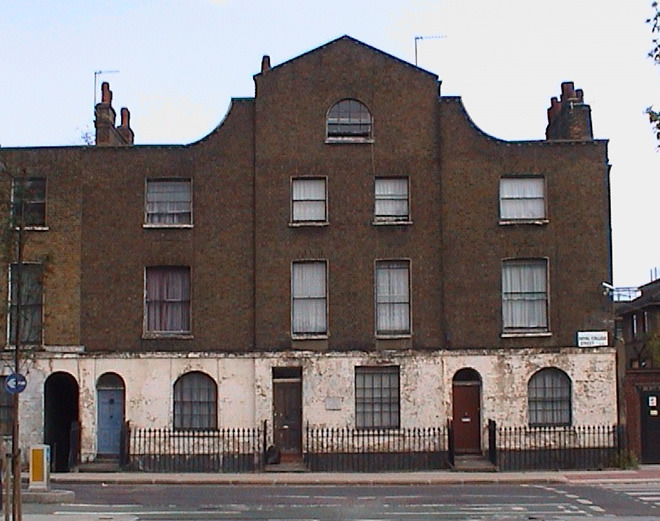 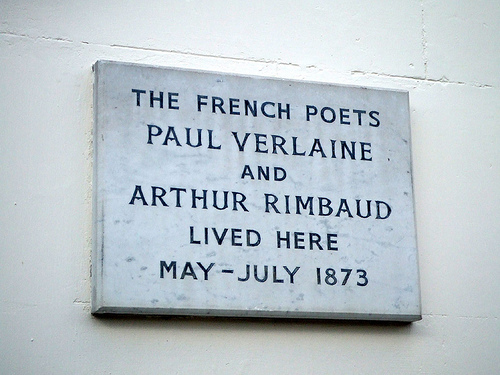 And that’s exactly my point.

The arrival of the University of the Arts in Granary Square means that predictions about Kings Cross Central are coming true. Predictions which  promise that one day we will see a small image of a new world, a city of  the arts here at the heart of future London. In my wildest dreams I call  this zone The Brill, Intelligent Playground, Vale Royal.

So, to conclude with a more personal narrative. A month ago in Pancras  church I married an angel on this earth. And two weeks after marrying my  dream-woman Lucie I heard that my little verse about the angels of Kings  Cross had been installed in Granary Square just over there. You can check  it out among those trees just over there! What a wedding  present!

But I very nearly never made this gig tonight because, long  ago, I barely survived two blocks away in the squats of Somer’s  Town. Could I have imagined way back then – down on the killing floor of the  derelict houses – that in 2012 I’d be standing here to give y’all a poem set in  stone?

Kings Cross, dense with angels and histories,  there are cities beneath your pavements,  cities behind your skies. Let me see!

Big up & increase the peace! Let’s have it large in Kings Cross Central!  Straight ahead with interesting curves! We dance therefore we exist! Have a great night!  Big love! 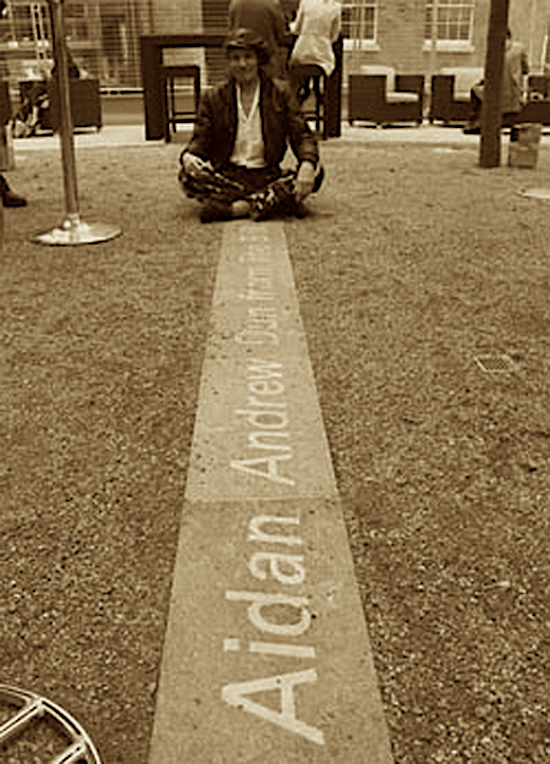 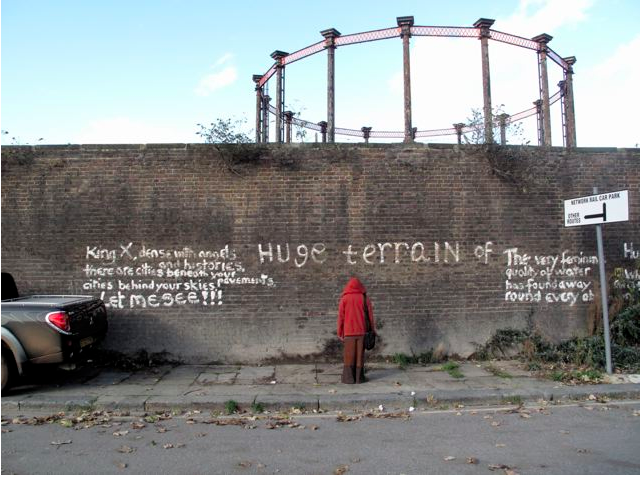