Pulling Down The Wheel 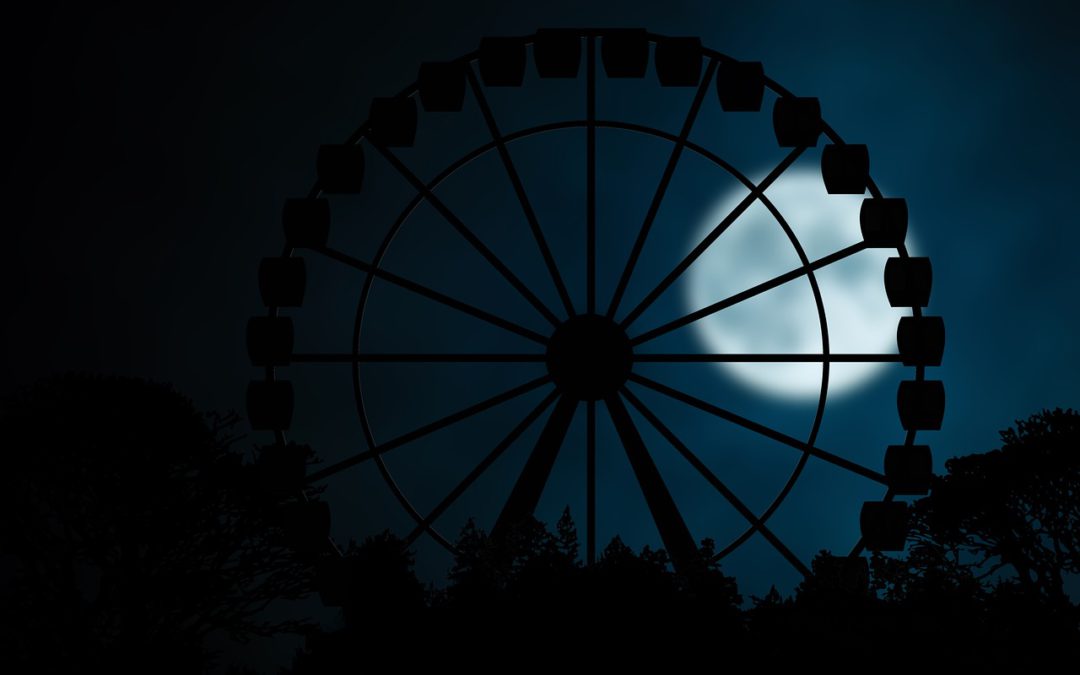 ‘Pulling down the wheel is dangerous’ says this sonnet. Which wheel? The wheel of death and rebirth? Are we talking about a ferris wheel, a funfair ‘roller’? (There’s definitely a whiff of Harry Lime in the air.) Is someone murdered here? I’ll leave you to decide exactly what’s going on but on one level this poem is based on a true story from the early 20th century East Coast American fairgrounds, a story told me by someone whose ancestor went through a very extreme experience.

The big rim scrapes a thunderhead;
midnight flickers to the north.
Taking a chance under the hazard
he spits from blue lips an oath.
Pulling down the wheel is dangerous
a lightning-strike could be serious.
Against a young girl’s ghost-howl
again his gruff, sarcastic growl:
‘A roller is made to be ridden!’
Far below in a red caravan
flagrantly a man and a woman
fornicate with abandon.
Now Fortuna flicks a switch:
‘Burn in hell, son-of-a-bitch.’